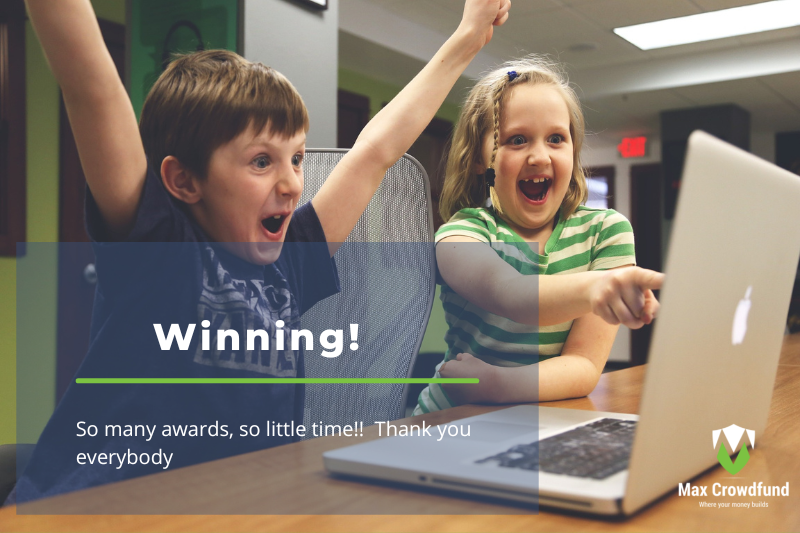 October and November have been overwhelming for the Max Crowdfund team, with no less than three prestigious award nominations within the financial sector, starting with the Cashcow Awards, followed by the Golden Bull awards and finally winning the Global Awards. Max Crowdfund also announced its own winner, Quint, who was awarded 250 Euros of credit for using the Max Crowdfund platform.

After being nominated for the Cashcow Awards in October, 5,776 investors cast their votes and the winners were announced on the 4th of November 2022 at the BeleggersFair in Amsterdam.  Max Crowdfund was crowned Best Crowdfunding Platform 2022. Other category winners include Saxo Bank, ABN Amro and eToro.

The Golden Bull awards, by IEX Best Choice Comparison, are affectionately known as the “Dutch Finance Oscars” due to being held in such high esteem within the financial industry. Nominees are selected by over 5,300 Dutch investors as a part of the National Investor Survey across 16 investor websites. Ten nominees are selected from each category based on the survey results. Then, a panel of judges made up of independent experts, and IEX editors looked at the nominees’ performance over the last year and selected a winner.

Max Crowdfund has been selected for the Crowdfunding category 2022, ranking it in the top ten Dutch crowdfunding platforms. The winners will be announced during the IEX Gouden Stier Award ceremony that will take place in the first quarter of 2023.

The Corporate Live Wire Global Awards are held each year. Both readers and contributors to the Corporate LiveWire publications put forward companies, products, services and individuals they feel deserve recognition. Each nominee then submits supporting information for their chosen category, and their panel of judges ultimately picks a winner in each area.

Max Crowdfund has been selected as the winner of Property Investment Platform of the Year  2022/23.

"We are so very grateful to win best real estate crowdfunding platform and thank those who nominated and voted for us," said Max Crowdfund CEO Felix Berkhout.

And Our Very Own Winner

Aside from winning the Cashcow award at the Investment Fair in Rotterdam, we also held a contest of our own whereby the people we met at the fair had the chance to win 250 Euros of investment credit on the MCF platform. The lucky winner was Quint. 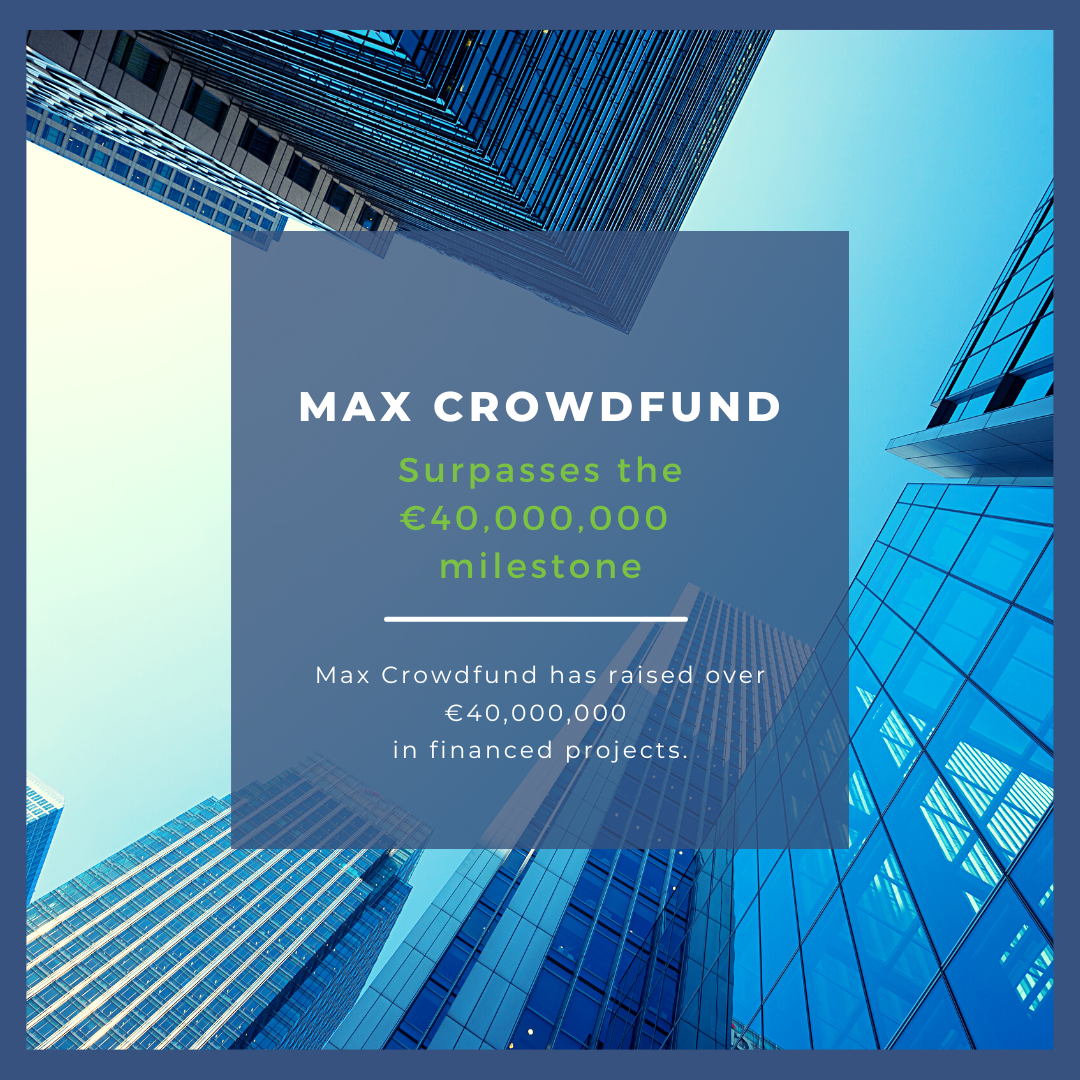 Growth of The Crowdfunding Market and European Trends

As Max Crowdfund surpasses the 40 million euros raised milestone, we reflect on the European crowdfunding market as a whole. Crowdfunding is often.. 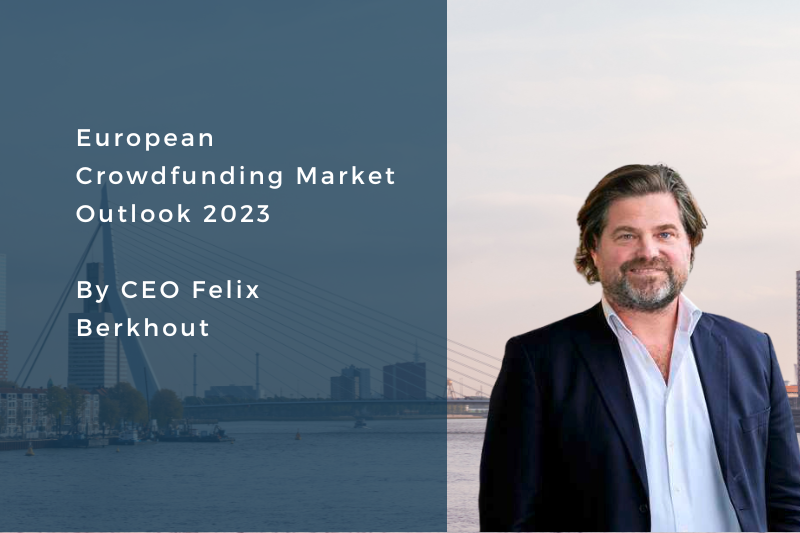 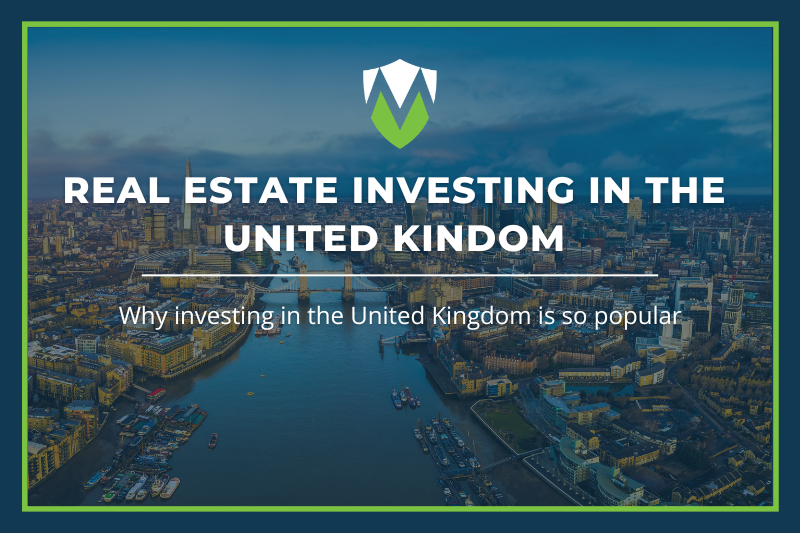 Investing in real estate in the United Kingdom

Investing in real estate is still one of the most used ways to consistently grow your portfolio. However, the Dutch real estate market, for example,.. 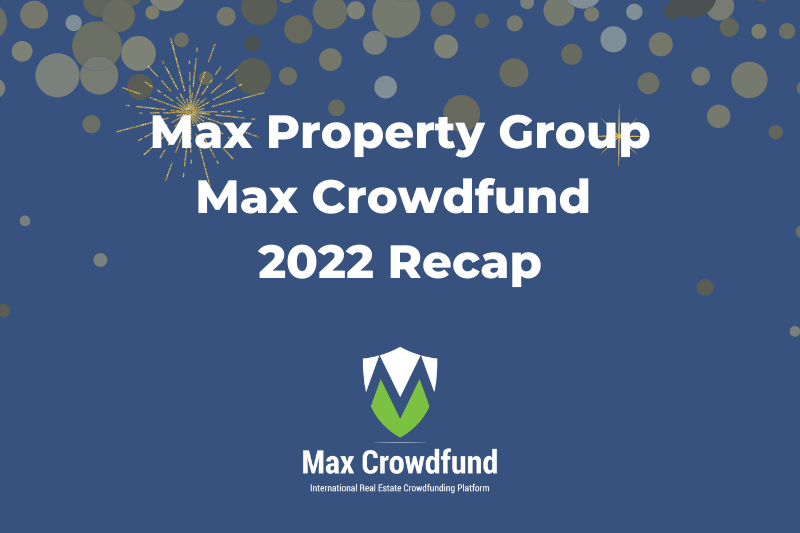